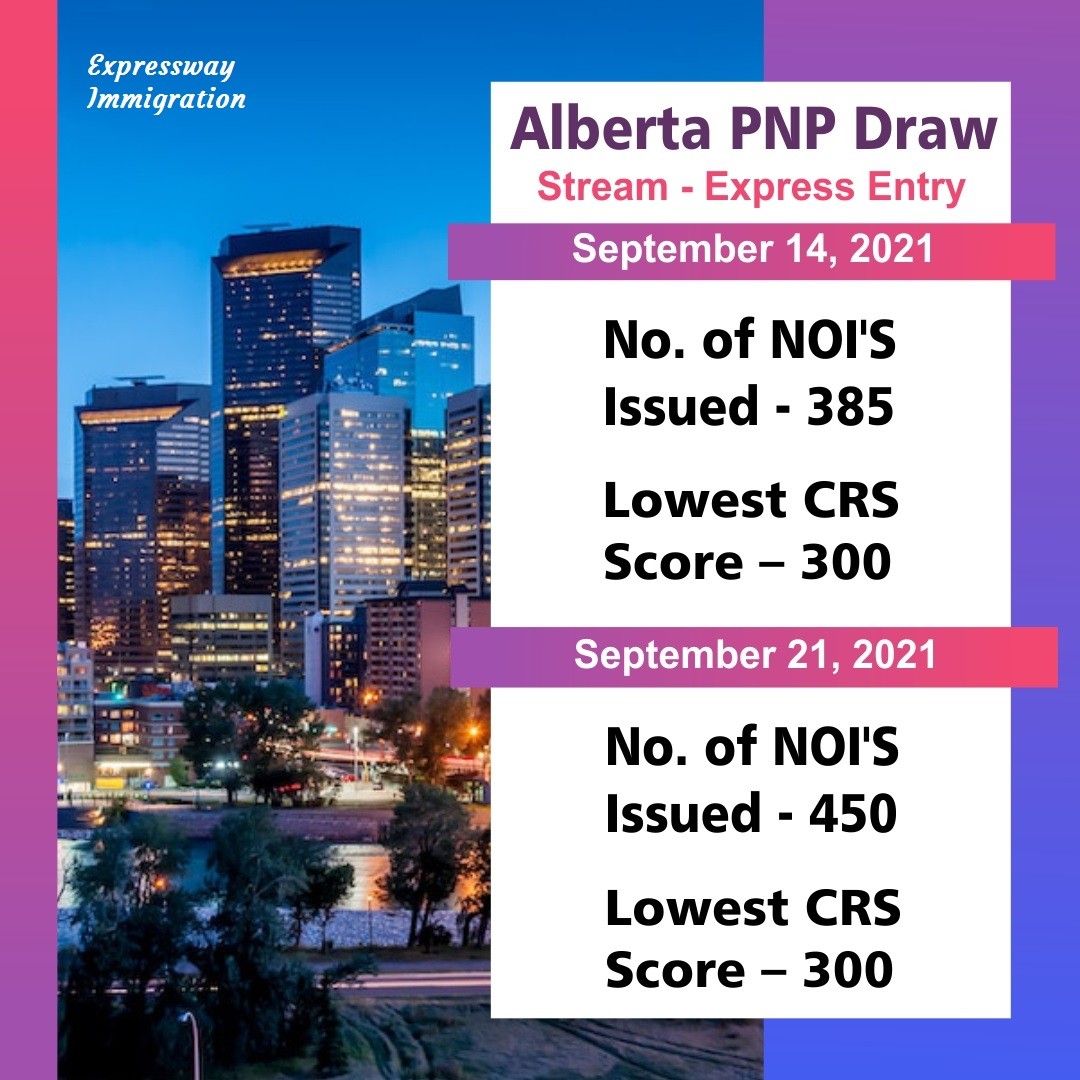 Alberta PNP Draw 2021: The Alberta Immigrant Nominee Program (AINP) has released details of two September Express Entry stream draws in which 835 candidates were invited. The lowest ranking candidate in both draws had a Comprehensive Ranking System (CRS) score of just 300.

Alberta held an Express Entry stream draw on September 14 and again on September 21. These draws followed Alberta’s September 7 draw, which saw the highest number of invitations ever issued since the program began in 2018.

The province has been issuing invitations at a remarkably high rate in recent draws. In fact, about half of all invitations sent this year were issued within the last two months. In just this month, Alberta has invited 1,335 candidates to apply for nomination.

Many who apply under this stream work as food service supervisors, transport truck drivers, and cooks among others.

Your Express Entry profile should indicate that you have an interest in moving to Alberta. Certain factors increase your likelihood of being nominated, like having work experience, or a job offer in Alberta.

Book a consultation and start your immigration process now!