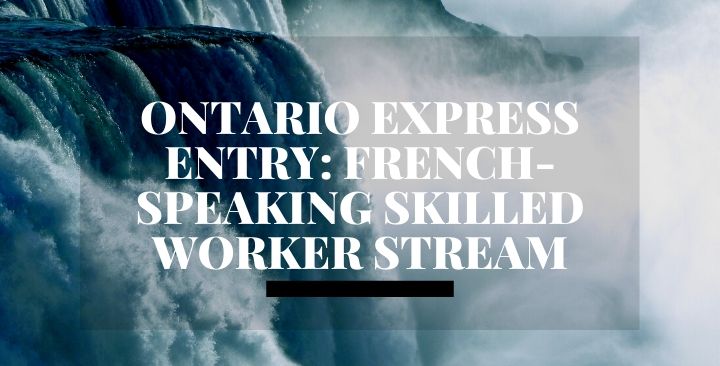 On October 7th, 162 Express Entry candidates who are proficient in French were called by the province of Ontario. Everyone who has been selected and nominated under Ontario’s Express Entry French-Speaking Skilled Worker stream must have a CRS score between 461 and 467 and a profile in the online Express Entry platform.

The Provincial Nominee Program evolved and turned into a French-Speaking Skilled Worker stream and comes along with the Express Entry system.

Chosen candidates have a time frame of 45 days to apply for a PNP.

This is the fourth FSSW consecutive draw this year already and more than 651 ITA have been released by the stream.

Are you eligible for the FSSW?

Firstly, you will have to make an Express Entry profile in order to qualify for the FSSW stream. People who meet all the eligibility criteria of the Canadian Experience Class and Federal Skilled Worker Program can go for FSSW as well.

The benchmark of Canadian languages is 7 in French and 6 in English respectively. Besides this, the OINP will also check whether you are financially suitable to live in the province and bear all your costs efficiently.

How does PNP help?

The Canadian provinces have the liberty to invite newcomers who will suitably fit according to the Canadian labor market needs.

The candidates who are in the Express Entry pool and have also been nominated in the PNP by a province have an assured chance of getting an Invitation to Apply ITA for a Canadian PR Visa. This takes place in a draw at the federal level. A bonus of 600 points get added to the total CRS score of a candidate just by being nominated for a provincial nomination. The extra 600 score is more than enough to be qualified in all the draws.

This draw has invited candidates who are already present in the Express Entry Pool, after Ontario grants a provincial nomination, the bars will be raised as the extra 600 points credits to the overlaying CRS score of the candidate.

If you have a general question about immigration to Canada, kindly contact us for the online consultation. However, if the question is case-specific, We’ll advise you to book a consultation session.