To sustain a strong economy, Quebec needs almost twice as many immigrants as it is currently targeting.

On a per capita basis, however, Quebec’s newcomer intake ranked sixth among Canada’s provinces and territories.

The province’s decision last year to reduce its newcomer intake to a maximum of 41,800 in 2019 under the auspices of seeking to improve newcomer integration means that Quebec has fallen even further behind.

Quebec Skilled Worker Program manages to nominate the high skilled workers who can contribute in the province with their potential and skills. QSWP’s nomination procedure and requirements are different from the program of other Provinces. In Quebec French language is treated as the first official language.

Below is the list of high demanding occupations in Quebec, the skilled workers with high qualifications, skills and experience can apply if his/her occupation is mentioned in the demand list. A potential candidate can apply for high demand occupation so that Quebec employer can hire them as soon as possible. 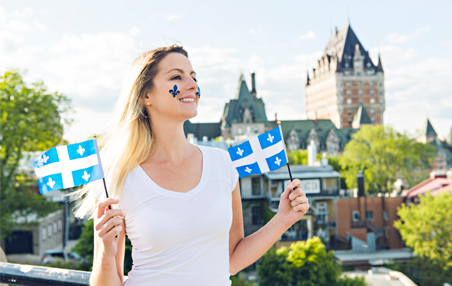 Quebec’s economic growth would strengthen to an average of 1.7 per cent over the next two decades if it welcomed its proportionate share of newcomers, as it is eligible to do under the Canada-Quebec Accord. This federal-provincial agreement enables Quebec to admit a percentage share of immigrants in proportion to its demographic weight in Canada.

Given Quebec’s population size today, this means it can welcome at least 23 per cent of Canada’s immigrants each year, or around 75,000 newcomers.

If Canada continues to increase its immigration level, and if Quebec exercised its prerogative under the Accord, the province would be on track to welcome over 80,000 newcomers annually moving forward.

This number may sound high, but on a per capita basis, most provinces are already welcome this rate of immigration today.

The Province of Quebec has autonomy on its immigration system. To immigrate to Quebec, candidates must be fluent in the French language. If you want to move to Quebec, you can apply through the following Quebec immigration programs:

Quebec Skilled Worker Program (QSWP) is the main source for skilled workers to move to the province as permanent residents. You have to make sure that your profession is listed in the Quebec occupation in-demand list. This list shows the occupations that are facing a shortage of skilled workers in the province.

In order to be qualified under QSWP as a Quebec-selected skilled worker, a single applicant must score at least 50 points in the Quebec points calculator. If the immigrant is moving with their spouse or common-law partner they need to score at least 59 points.

These points are awarded in the following manners based on some selection factors mentioned below:

What is the process to apply for the Quebec Skilled Worker Program?

There are two steps to apply for permanent residence in Quebec province:

Step 1: The first step for the candidates applying for PR in Quebec is to get the Quebec Selection Certificate (CSQ). This certificate signifies that the candidate can meet all the requirements and eligibility criteria of the QSWP and Quebec province has selected the candidate to settle permanently in the province.

Step 2: Once the candidate gets their CSQ certificate, they can apply for a permanent residence visa to Immigration, Refugees & Citizenship Canada (IRCC). Candidates have to submit their applications with a CSQ certificate.

Book a consultation with a Quebec immigration expert

With years of experience, regulated immigration consultant Expressway Immigration can discuss your options from Chennai Office, over Email, or over the phone.

If you have specific problems you need help with, or if you want a dedicated, experienced professional to help you prepare and review your documents and forms, a consultation with a Regulated Canadian Immigration Consultant can provide crucial answers.

You can also connect with us on

If you wish to make Canada your home by permanently moving to the country, then you can take our free assessment in order to find out your eligibility!