Home Immigration Why to Immigrate Canada

Canada has one of the most positive immigration policies in the world.

Canada is undoubtedly one of the most sought-after countries for immigration in the world and it isn’t any wonder that Canada welcomes almost 350,000 new immigrants into its borders on an annual basis. So why should you immigrate to Canada?

1. Canada is ranked as the number one country in the world

2. Canadians have a high quality of life

According to recent statistics, the average Canadian lives up to the age of 81. We speculate that the fresh air and vast open spaces contribute to Canada’s high quality of life. The aged community in Canada are therefore well-looked after.

3. Canada is one of the safest countries in the world

Canada’s crime rate is among the lowest in the entire world, which is also a major contributor to the population’s high quality of life. Canadians are extremely conscious of crime and have a zero tolerance policy to many social issues such as domestic abuse and violence.

4. Most institutions in Canada are government-funded

Because it is a basic human right to have access to education and healthcare, Canada has made these facilities free to all legal citizens. Canadians are therefore able to gain a valuable education at any of the public institutions as well as get the medical attention they need at no cost.

Canada’s infrastructure and economy work in perfect unison to produce a well-run country. Canada is also ranked 11th among the wealthiest countries in the world and is also a member of the Organization for Economic Co-operation and Development (OECD). As with a developed nation, the Canadian economy is dominated by the service industry, which employs about three quarters of Canadians

6. Canada is one of the world’s most educated countries 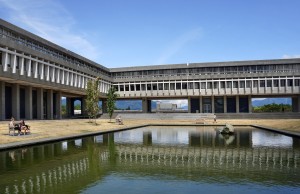 Over half of Canada’s residents have college degrees and the number of Canadians with university-level education is second to none. This, in turn, contributes to Canada’s thriving economy and booming industries as there are always opportunities for individuals to not only educate themselves, but also create employment for others.

Canada has an employment rate lower than 10% and there are reportedly 58,900 jobs created each month in Canada. With many immigration streams specifically dedicated to allowing immigrants to immigrate for work purposes, there is ample opportunity to gain employment and learn a new skill in a country like Canada.

Commuting in and around Canada is effortless as there are a total of 1,404 airports and other functional bus, train and other transit systems in place to get commuters where they need to be safely and on time.

9. Canada has a multicultural society

Because of the approximate 300,000 annual newcomers into the country, Canada comprises of a large population of immigrants from several different religious and cultural backgrounds. In fact, 1 out of every 5 Canadians were born outside of Canada and chose to settle in the country. 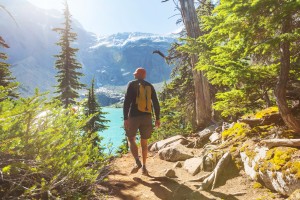 With the largest coastline in the world and more lakes than the rest of the world combined, Canada’s natural beauty is unparalleled.

Apply for your visa with Expressway Immigration

At Expressway Immigration we specialize in assisting immigrants with their dream of moving to Canada by making sure that all of the paperwork and processes are submitted correctly and on time. With the expert help of our RCIC’s, not only will candidates be well-informed of all immigration policies and news, but their application will be optimized to ensure the best results.

Tags: Why to Immigrate Canada